i want you back - sabrina ali jamal-eddine


I just saw this amazing spoken word artist at a tiny local open mike.
Posted by Abdul-Halim V. at 9:36 PM No comments:

the exegesis of philip k dick

The Exegesis of Philip K Dick 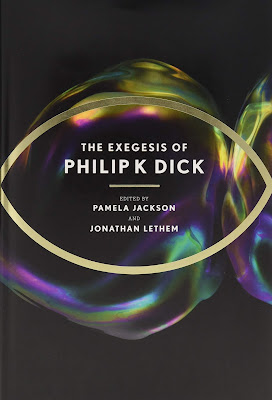 I heard this on the radio today while driving... I was tempted to call-in but now I realize it wasn't a live show. WLRN: Afro-Latinos Say Miami Blackface Play Is Part Of Bigger Problem With Racism In Latino Communities The point about invisibility was really interesting to me. When I first moved to Miami I wanted to do a study on whether people(cashiers mostly) spoke to me in Spanish when they first saw me or English. Are people just assuming I don't speak Spanish? Statistically is that a reasonable assumption or not? How does it change with the race of the cashier? 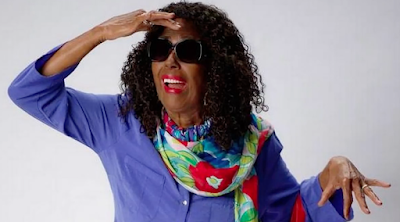 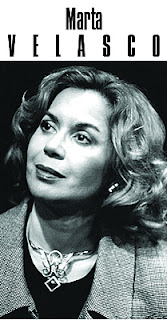 I've been away from the blog for a while. I'll try to post with a little more frequency. An odd observation.... I was just checking out some of the statistics for the blog and for some strange reason I'm getting alot of page views from Russia, Poland and the Ukraine.... way more than from the US... at least recently... What's up with that?
Posted by Abdul-Halim V. at 6:12 PM No comments: 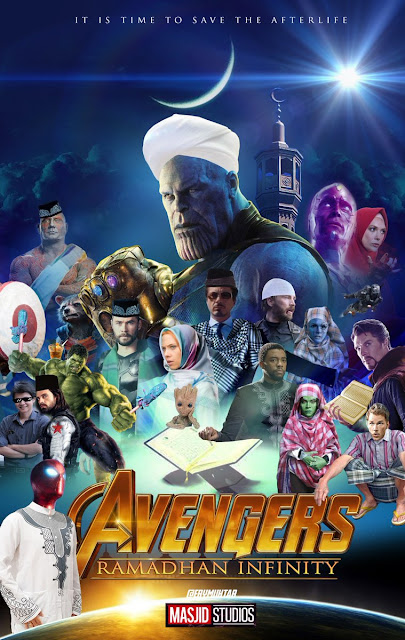 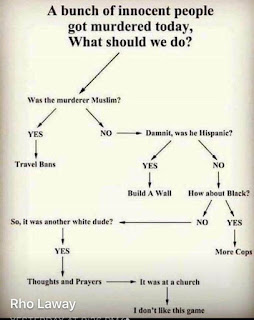 the hamilton mixtape: immigrants (we get the job done)

cryin' in the streets 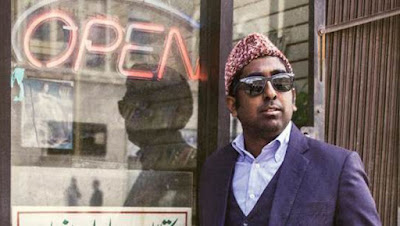 On my way home this story was on the radio: An Indian American Muslim singer resurrects an old civil rights anthem. It struck me as a really "Grenada-esque" story.

The new version of the song: 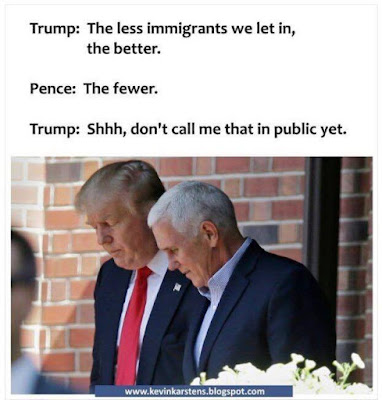 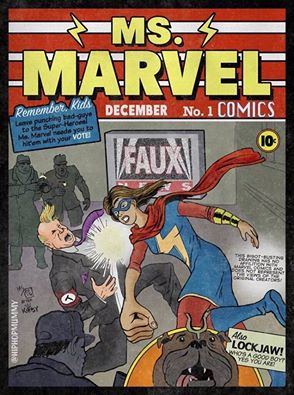 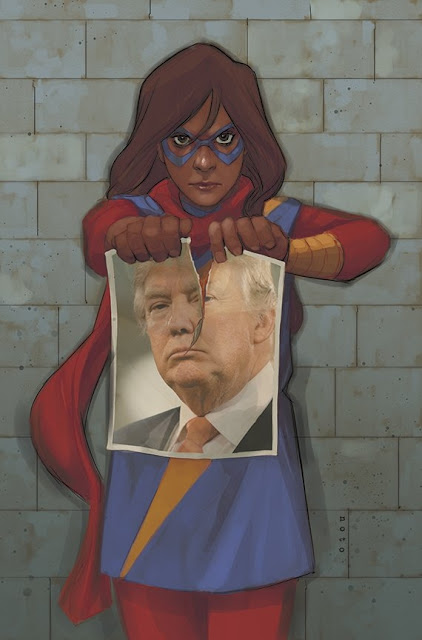 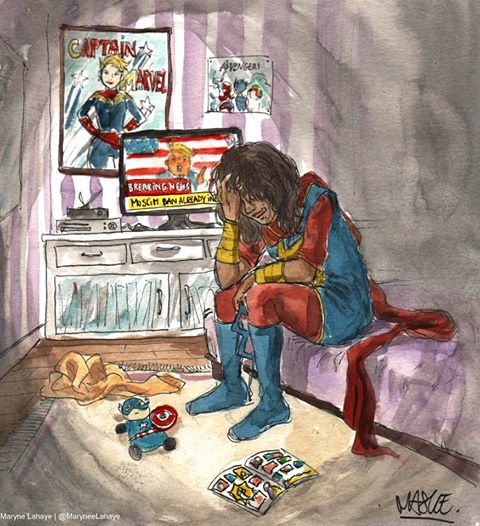 turkish soap operas in the land of the telenovela

Turkish Soap Operas, Latin America, and Emerging World Kinship By Afshin Molavi deals with some interesting cultural crossovers in the world of entertainment.
Posted by Abdul-Halim V. at 5:06 PM No comments: 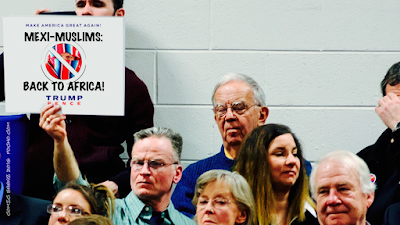 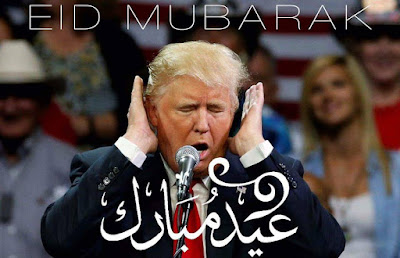 From Hatem Bazian: Ramadan: A De-Colonial Centering Moment
Posted by Abdul-Halim V. at 6:10 PM No comments:

orlando is an onion

I continue to be surprised by the complexity and intersectionality which is being revealed in relation to the tragedy in Orlando.

1. Hero With a Muslim name Imran Yousuf, the bouncer at the club of partial-Muslim ancestry who acted to save dozens of lives.

2. Peel a layer and get a telenovela Omar Mateen's gay ex-lover claims Mateen was motivated by revenge over being romantically jilted.

3. Contrary to the claims of Trump and others that Muslims don't do enough to help the authorities, here is an account from The Muslim who reported Omar Mateen to the FBI.

5. A Joint Muslim Statement On The Carnage in Olando

6. Dr. Farrokh Sekaleshfar was a cleric who came to Orlando to give an academic talk on homosexuality in Islam. A snippet of his talk was quoted repeatedly in the news. But here is a broader sample of Dr. Sekaleshfar's comments.
Posted by Abdul-Halim V. at 2:16 AM No comments:

hero with a muslim name

I haven't been blogging for a while, but I feel like putting this out there. One of the interesting details which have emerged from the horrifically intersectional onion-like complexity of the recent Orlando shooting are accounts of Imran Yousuf, an ex-marine and bouncer at the nightclub who saved dozens of lives during the attack: What was really weird to me is that the initial reports identified Yousuf as a Hindu when he clearly had a Muslim name (both Imran and Yusuf are in the Quran). It also raised questions in terms of who gets included or excluded in what "Muslim" means in the popular consciousness. The church-going black president who repeatedly claims to be Christian? Muslim. The mass-murdering, Grindr-using, alcohol-drinking, gay-club regular? Muslim. The hero who saved at least 60 people during the Orlando shooting with a Muslim name? Hindu. I finally found an article which unpacks a bit more info regarding Imran Yousuf's background in India West:

The Yousufs emigrated from India to Guyana four generations ago. Imran Yousuf’s paternal grandfather is Muslim, and his grandmother is Hindu, so his father Rasheed is a mix of both ethnicities. Yousuf’s mother Norma is Hindu, and Imran Yousuf identifies as a Hindu, said Christina Yousuf.

So its not clear how exactly his father identified, but loosely speaking, Imran is "one quarter" Muslim. .. which should be at least one half Muslim by birther standards, right?
Posted by Abdul-Halim V. at 6:06 PM 1 comment: 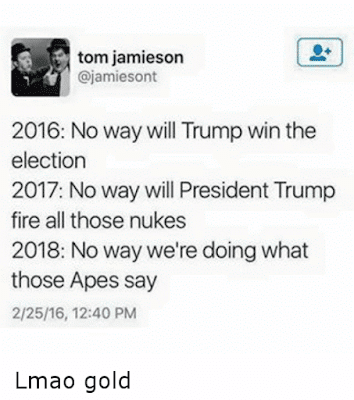 i hope my district wins 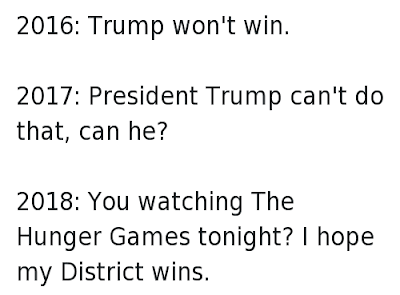 I first heard this song on the radio last year a few days after a relative was shot. I didn't know the name of the song then, but I finally managed to put together enough clues to track the song down.

Cary Grant, Esther Williams, Angelina Jolie & The Romance Of The Gun by Christine Lavin and Brian Bauers from christine lavin on Vimeo.

And here is another version from a concert:
Posted by Abdul-Halim V. at 6:56 PM No comments:

happy to be nappy

yet another "Happy" cover, this time from Maimouna Youssef
Posted by Abdul-Halim V. at 3:20 PM No comments:

I haven't posted in a while but I just found a new amazing artist who has a powerful addition to the earlier series of covers of Lorde's Royal and the more raw live acoustic version Phenderson Djèlí Clark: The Musings of a Disgruntled Haradrim: Already Royal: Reality Trippin’
Posted by Abdul-Halim V. at 3:15 PM No comments:

my #blackmuslimramadan is about bean pie, not baklava

People Are Tweeting #BlackMuslimRamadan Photos And Stories To Celebrate The Month
Posted by Abdul-Halim V. at 10:45 PM No comments:

Anarchist Traditionalism: Hakim Bey is an old blog piece, but new to me. It makes me wonder about what other ways Traditionalism can be reconciled with leftist thought.
Posted by Abdul-Halim V. at 9:22 AM No comments:

For a while I've been fascinated by the Tommy Westphall Universe Hypothesis. The basic idea is that St. Elsewhere, an 80's hospital drama/comedy is television's version of Kevin Bacon, in other words, if you keep track of the various cameos, crossovers, spinoffs, and fictional allusions, it turns out that hundreds of tv shows arguably exist in the same fictional universe as St. Elsewhere. Furthermore, based on St. Elsewhere's final episode, it turns out that the show (and all the shows linked to it) are happening inside of the mind of an autistic boy named Tommy Westphall who spends his days staring at a snowglobe.

There are numerous sites/blogs maintained by folks keeping track of which shows are part of the universe, but I'm not sure how complete or up-to-date any of them are.

1. A major protagonist would be Det. Munch (who has appeared in several different series, most recently, the Law & Order franchise).

2. A major antagonist would be a Conspiracy which uses Morley Cigarettes Inc. as one of its fronts. (Morley is a fictional brand which connects many shows: The Twilight Zone, Buffy, X-Files The Walking Dead)

3. One of the conspiracies objectives is to find /exploit both Tommy Westphall and the snowglobe as a way of gaining power.

5. The Conspiracy also releases a series of infections which culminates in a Walking Dead style zombie apocalypse.  This might be a good way to connect the hospital / medical type shows.

6. UPS Drivers, Postal Carriers, Baristas, DMV workers, might provide an interesting perspective to connect any of the shows, especially the more mundane ones.

It would also be fun to imagine how to combine various genre shows into a coherent pastiche. although doing it consistently would probably be difficult.

7. Supernatural Shows
Addams Family, American Horror Story, Angel, Bewitched, Buffy, Early Edition, I Dream of Jeannie, Milenium, Reaper, Sabrina the Teenage Witch (Is the Conspiracy connected to the Millenium Group or the League of the Black Thorn? Is the snowglobe related to the newspaper in Early Edition?)

9: Sci-Fi (future)
Battlestar Galactica (reboot), Caprica, Firefly, Red Dwarf, Space: 1999, Space: Above & Beyond, Star Trek  (Star Trek is too totalizing to reconcile with some of these other shows, but perhaps elements can be combined in reasonable ways. There is a Federation/Alliance but there are also Maquis/Brownshirts who want to secede. There is also a part of space where they send Space Marine types to fight a secret war against the Chigs? The Conspiracy, in this period might use Weyland-Yutani / Blue Sun / The ORion Syndicate as their main front.)

10. It would be fun to explain the multiple roles played by the same actors through some kind of Orphan Black- style project.

Just some thoughts. Who knows? Maybe this will become a sub-genre of fan fiction, in its own right?